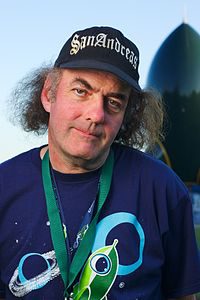 These days, you get your up-to-the minute scoops on new hacking techniques and trends in the community with your morning coffee as you sit down and surf the web.

But in the early 1980s, it wasn’t that easy. If you were lucky, you might have a computer, modem, and the number to a bulletin board system where you could at least get online and read the gossip and check the files—assuming you could find an open line and the sysop would grant you access. If you were really lucky, it was a FIDONET or other early store-and-forward system and, over the course of a few weeks, data would trickle in from around the world for you to check out.

But most wannabe hackers couldn’t even afford a real computer, much less dial-up access. They had to get their underground information by other means. And for many years, that meant low-cost, low-circulation publications known as ‘zines.

A number of these small, self-published, irregular publications popped up in the early ‘80s, including Phrack and COMSEC, that were dedicated to the hacking scene and digital underground. But the first of these, the most influential, and the longest lasting, was the seminal 2600. It was published by a man calling himself Emmanuel Goldstein, the character in the dystopian novel Nineteen Eighty-Four who is the primary enemy of the state.

In reality, in 1984 Goldstein was a twenty-five year-old hacker named Eric Corley from Long Island who wanted to share some of the same information he was finding on BBSs with kindred spirits who didn’t have online access. Corley brought hacking to the masses and helped shape today’s cybersecurity community with his emphasis on freedom of information sharing and encouraging the inquisitive to explore and ask questions about how systems work.

2600: The Hacker Quarterly started off sharing subversive information right in its very title. 2600 Hertz was the frequency of the tone that was used on AT&T long-distance trunks to signal an open line. By dialing a toll-free number, then broadcasting that tone on it, a new long-distance connection could be made without incurring charges.

This was old news in the phone phreaking community by 1984, and new computer-controlled long distance systems were rendering it unusable, but the spirit in which the early phreaks shared such information was part of what inspired Corley to start his zine.

The name was actually provided by David Ruderman, a friend of Corley’s who co-founded 2600. Ruderman only lasted around 3 years, after which Corley took the helm completely, aided by a rotating band of assistants known only by their hacker handles.

Although Corley was careful to state in each issue that the publication was for informational purposes only, there was much truth to the charge that early detractors leveled against the zine who claimed that it was a hacking handbook. Articles were written by freelancers and edited weakly or not at all, and fact-checking and replication of methods did not exist. But raw code snippets and hacking techniques were regular parts of the publication, solid gold for young hackers looking to investigate computer and telecommunication systems.

There were also valuable informational write-ups from other explorers, explaining how they had probed various systems and what their results had been. From these experiments, detailed models of how systems worked were built up collaboratively and made available to the larger community. Occasionally, these even verged into lectures aimed at some of the exploited service operators, such as a piece in issue #4 deriding GTE’s telemail service for being so insecure as to practically invite malicious intrusions.

From time to time, official documents from various corporate or government sources would be published. The very first edition included a White House phone directory with the president’s extension at the top of the list.

Corley mixed the technical information with essays and diatribes against the FBI and big business. Some articles were written to help hack the legal system—advice on how to avoid law enforcement surveillance or successfully beat lie detector tests were common topics.

As an homage to its phreaking roots, the more polished later issues of the zine included photographs of pay phones from around the world on the back cover, submitted by its global readership.

After a while, letters to the editor became a significant, and possibly the most popular, section of the zine. Answered by Corley personally and in a fervent but off-the-cuff style, these provided insight both into his perspective on hacking and the hacker community and a steady drum-beat of preaching on openness and sharing information. The zine’s steady support of convicted hackers Kevin Mitnick and Bernie S also served to stake out Corey’s position on those topics.

2600 became must-read material not only for hackers, but also for the security professionals whose systems were being targeted. It was a bad feeling to see the internal defenses of your network laid bare in a fresh issue of 2600, but it was better to find out about it there than by being cracked and defrauded by other unscrupulous parties receiving the information.

Taking The National Stage In A Court Case Over Free Speech

Corley’s big rise to prominence came in 1999, when he chose to publish the source code to a new hack for DVD encryption schemes on the 2600 website. DeCSS was a simple 200 line program in C, but it could crack and unlock any region-encoded DVD so that it could be played on any computer with a DVD player.

Universal Studios, joined by a number of other plaintiffs from the movie industry, sued to prevent distribution of the code under the new Digital Millennium Copyright Act (DMCA), which had outlawed trafficking in circumvention devices. Corley, along with the Electronic Freedom Foundation and other defendants in the suit, argued that code was speech, and thus protected from censorship.

Even after Corley was forced to take down the code from the 2600 site, he continued to link to sites overseas that distributed the code, sparking a novel series of legal jousts over whether hyperlinks, also, could be considered circumvention devices.

Corley, the EFF, and 2600 lost their case in court, but it was a pyrrhic victory. The code was widely distributed on computers, disks, and even printed up on t-shirts. An enterprising t-shirt maker even had shirts printed up with the code on the front, boldly proclaiming “This shirt is a circumvention device.”

If Corley had lost the legal claim, he’d won both in terms of making the government and movie industry look like chumps and in broadly calling attention to the stifling effects of the DMCA in a world where the freedom to purchase and use products for your own purposes was slowly being subsumed to non-negotiable corporate controls.

His position was somewhat prescient. In 2009, Amazon remotely and without consent erased a number of e-books from the devices of consumers who had purchased them legally, citing copyright conflicts. One of the books was Orwell’s Nineteen Eighty-Four, from which Corley had originally taken his handle… a reflection and realization of a future Corley had hoped to prevent.

Today, Corley continues to publish 2600 and hosts a radio program called “Off the Hook” that explores hacker-oriented topics with a variety of guests. He also directed a 2001 movie titled Freedom Downtime, chronicling the Mitnick and Bernie S cases and highlighting issues in the mainstream media coverage.